← more from
rohs! records
Get fresh music recommendations delivered to your inbox every Friday.

by Music For Sleep 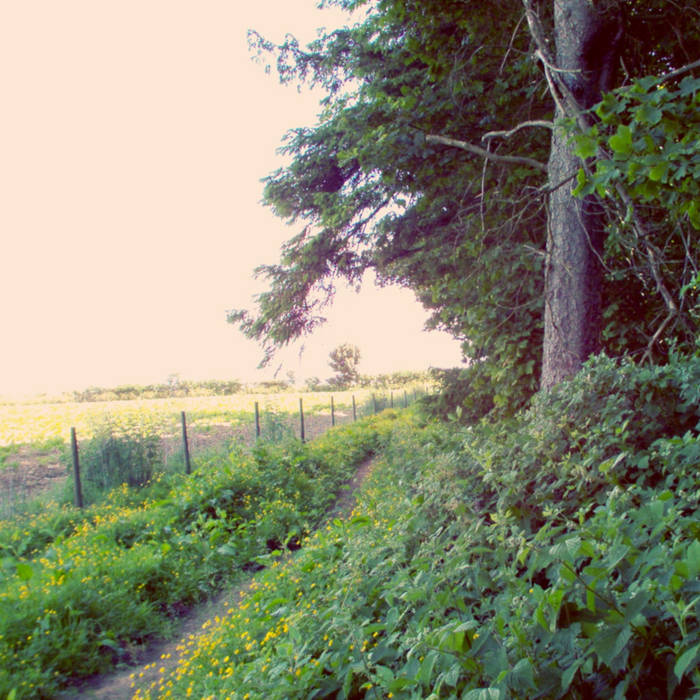 Fabien As if walking along those Italian tracks. Thx

mysticwolf75 A beautiful and majestic piece. And can I just say that I love the cover photo! It reminds me of where I live, in the country, and places I used to explore when I was little, before the land started being more built up with houses, much like you said in the description.

rikm On "The Edge", Music for Sleep explores a growing soundscape that takes shape and expands organically over the course of it's length, slowly revealing a richly detailed musical space.

The gaye device Majestic and beautiful. Sail away into blissful waters with this wonderful album.

Visual Complexity "The Edge" is a record that brings me memories of nature, and my childhood. It's very indescribable through words, but the music reflects the feelings of wandering a open grass field, encountering a strange new world. Very peaceful and relaxing soundscapes along with the perfect cover tells me this is easily a new favorite Music For Sleep release. It's just incredible.

Tom Rimshot As a child, I too had a fondness, bordering on obsession, with an abandoned lot next to my house. It was overgrown, and as Andrea writes, a little dangerous, but in it, my friends and I were kings, inheritors of these untamed lands, which could be explored and mapped by us alone. This MFS recording, like many of them now, distills perfectly the feeling of awe and wonder, surrounded by tall trees, dark groves and all the creatures that lived there. Understanding the world more than everyone else, and yet knowing nothing.

Focus on the Breath

When I was a child I lived in a small house on the outskirts of a small village in Sardinia.
The house was located 100 meters from the countryside (close San Gavino Monreale castle).
I spent my whole childhood playing and exploring all these uninhabited places, sometimes there were dangers but the love for nature was much stronger.
This song and its artwork reflect those beautiful moments spent with my dearest and old friends in those magnificent places where human beings have not yet built anything.

"The record revolves around a very short melodic loop of approximately 8 seconds, that plays through the whole piece from the beginning to the end. Around it, strings and pad harmonization fill the gaps with a gentle tapestry of long diluted sounds becoming the primary element of the composition, just around the twelfth minute then move back to its background role. Timbric variations are the push that gets the composition to flow, amplitude automations and gradual filtering develop a certain movement and introduce changes in the background-figure relationship of the two main sound actors. This floating, a heavy sound is lightly elevating, into light sounds that become grounded in appearance and disappearances, underlining a static, eternal landscape that will never change its behavior.

The melody of the loop features a somewhat Wagnerian epic feeling and gives us the impression of withstanding something majestic, a mountain for instance, with its trees growing and dying, its ever-flowing waterfalls, its corroded cliffs reshaping through time.

The picture we get though, also feels a bit too idealistic, a stereotypical postcard lacking in mistakes and imperfections, that almost looks artificial.
In this sense, the composition lacks of the deep complexity to be found in Eliane Radigue’s works, depicting the coastline of her islands with outstanding care for small details that make them different, but also lacks of the technological specialities that would make William Basinski’s (a clear reference for this record) work as timbrically. The grain, the hiss, the imperfections, the tiny little clippings and compressions that make the use of the tape format meaningful and not a mere technological fetish, here are rather absent, instead, listening closely it’s possible to perceive some digital delay glitches coming out.

Generally speaking this album is an enjoyable background for a meditative moment, book reading, something to fall asleep to (maybe therefore the name of the project) but it definitely had the potential to shine more than it actually does.."
(Review by Toneshift.net - toneshift.net/2019/09/10/infinite-tape-loops-the-edge-by-music-for-sleep)

A nice place to sleep, right in the middle of sound and shape.

Bandcamp Daily  your guide to the world of Bandcamp

Bonobo stops by to talk about his new record Fragments